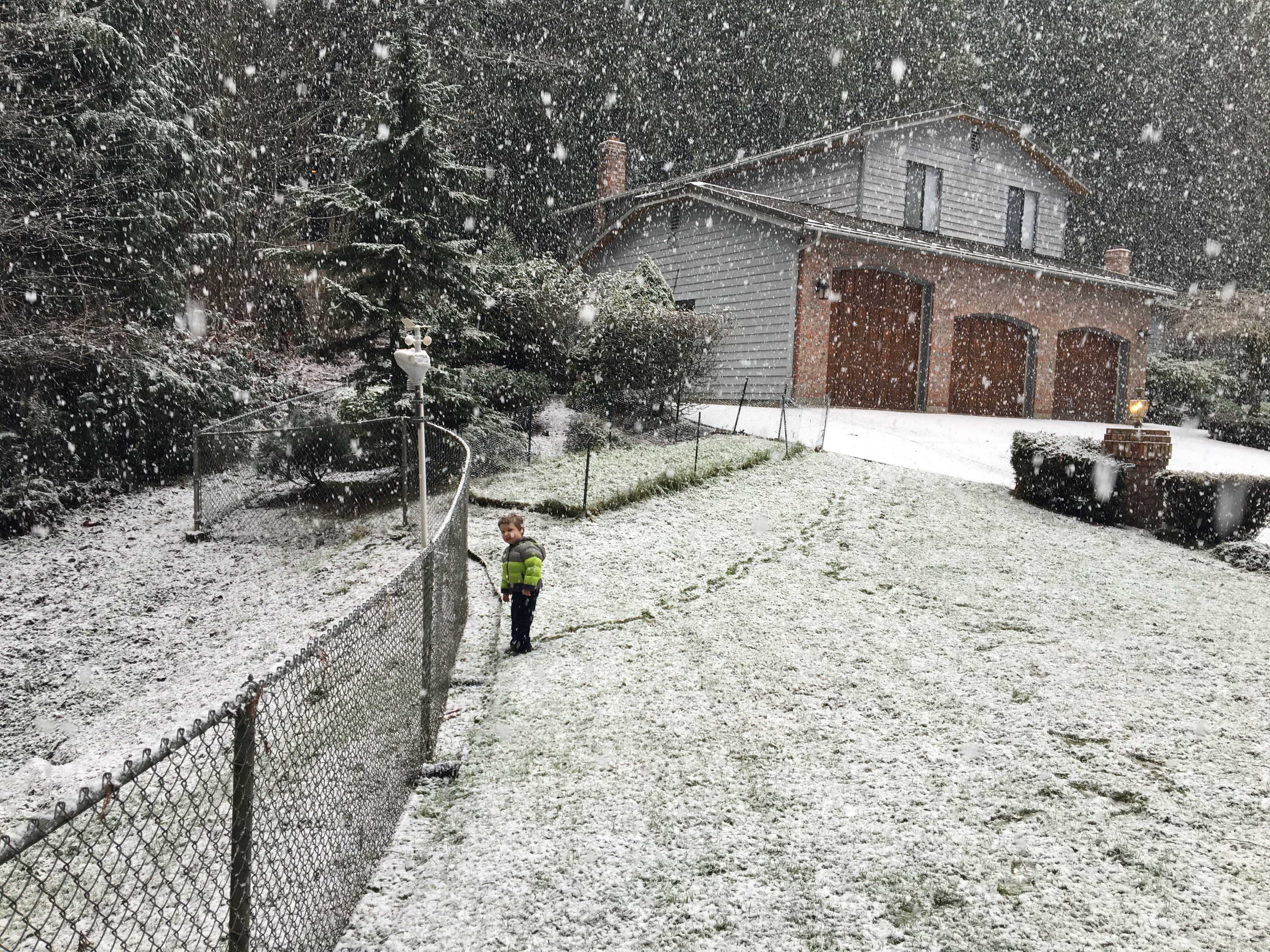 This year, the first night of Hanukkah fell on Christmas Eve. That’s pretty cool, and not just because the two holidays coincided and we could all hold hands and sing together. It’s cool because, if you celebrate Hanukkah, you get to leap over the holiday hollow this year: that abyss between Christmas/Hanukkah and New Year’s when you kind of don’t know what to do with yourself and you feel like you’re falling and falling but the fall is so long that it drags on, so you find yourself wishing for the splat of the pavement if only to make the falling end. Then you hit New Year’s and, bruised as you might be from the impact, you manage to find a few toe holds or even a staircase back into real life.

Perhaps that’s a bit dramatic, but you know the time I mean. You might still have family in town, or time off of work. You’re all done celebrating but you don’t necessarily want to tear down the decorations. You’re waiting. You might have a lot of New Year’s resolutions, but you don’t feel like you have to enact them yet since, technically, it’s not the new year. Or maybe you have no resolutions. Maybe you’re just bored.

But this year, I’ve decided not to let it get to me. I’m going to start phasing in a few of my New Year’s resolutions (eating more fruit and veg, using my Waterpik every night) while phasing out my holiday behaviors (binge eating peanut brittle, falling asleep with my makeup on). I’m going to take down the Christmas tree because, God help me, I cannot chase the girl away from it even one more time without going insane. Instead of shuffling around waiting for the new year, I’m going to get busy preparing for it, so that on January 1 I can relax and hang out, knowing that everything is all prepped for a wonderful 2017 (inasmuch as I can control such things, which I realize is very little–but, God grant me the serenity and all that).

How about you? How are you spending the last week of 2016? Any tips on getting back to real life? Or do you avoid real life as long as possible? 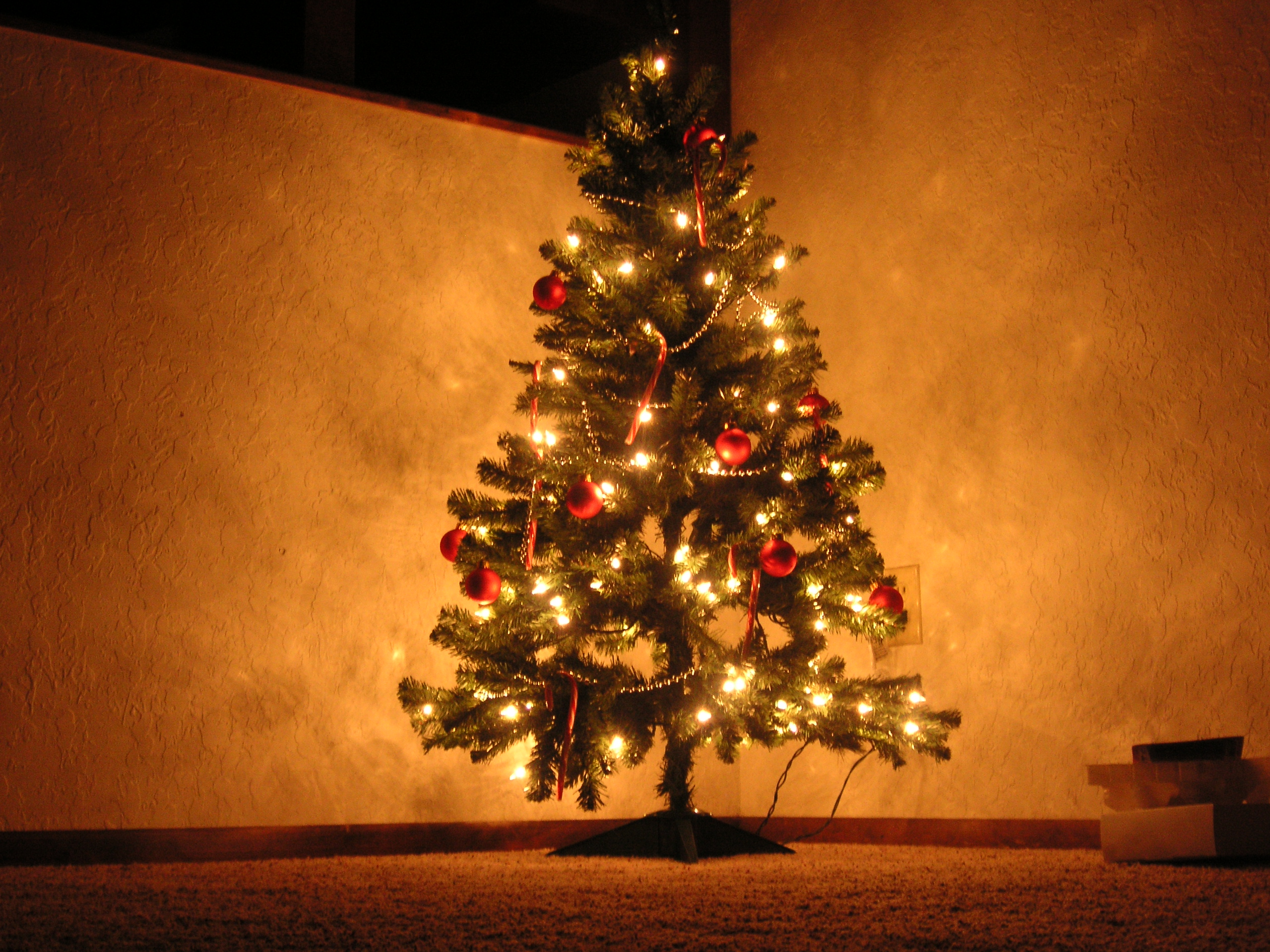 My kids are early to bed, early to rise, so we hadn’t gone out looking at Christmas lights until Monday morning, on our way to the grocery store. It was still dark and I noticed that many of the houses in our neighborhood had their lights on. It wasn’t exactly Candy Cane Lane, but I put on some Christmas music and we had some impromptu holiday fun!

I attempted to make red and green bagels. I made vegan, gluten-free chocolate clusters. I made peanut brittle, fudge, white chocolate truffles, and made several attempts at updating a family classic that no one really liked: divinity.

The boy watched and read How the Grinch Stole Christmas 1,742 times, and once he realized that I know most of the words by heart, started demanding that I narrate along with the cartoon. (Because I memorize books pretty easily, especially the dactyllic rhythms of Dr. Seuss, I think Sam now thinks I have all his books catalogued in my head.)

I tried to get Sam to dictate a letter to Santa, and I wrote a lame little list of my own.

We did some Christmas sticker crafts (and by “we” I mean “me”).

We braved the mall and took a tag off a sharing tree, then had a tantrum in the Lego store where I bought the cutest dragon-themed kit for the girl we’d selected–and no, the tantrum was not because the boy wanted the toy for himself or wanted a toy at all. You see, normally, when we go to the Lego store, we walk in a circle around the room, admiring all the little displays, and then we play with the tub of bricks they have out to amuse the children. But to accommodate for the crowd, they’d cleared out the play area, so our routine was broken. Then I broke it further by selecting a toy (which we’ve never actually done there) and standing in line to buy it. I’d unintentionally created a ritual around the Lego Store and then I broke it, thus upsetting my son and his rigid thinking. But we pressed on, as you have to, and got to the register (many thanks to the lady in front of us who tried very sweetly to talk to him and then let us skip ahead of her) and got out, with Mommy explaining what we were doing each step of the way and why. When we finally got back to the sharing tree to drop off our donation, the boy was palpably relieved. That yellow bag in my hand was like a pebble in his shoe, even as we browsed the Build-a-Bear store and looked at various mannequins (he says all mannequins look like Daddy–even the ones at the maternity store). Once it was safely in the bin, he perked up. Strange little sprite, my son, but how I love him.

We went to WildLights and took part in an indoor snowball fight.

The next day, it really snowed!

I reread A Christmas Carol.

We watched ALL the Christmas movies.

Then we thought of our loved ones, and how much we miss them, and how we hope they have a very merry Christmas, a happy Hanukkah, and a happy New Year.